For our final day of the trip, we were up early and navigating public transportation networks towards the coast.  This was not an easy task, mind you, since seemingly nothing in South America is up and running before 11:00 am.  Still, we made it happen and by 8:30 am the city was behind us and we were headed to the beach. 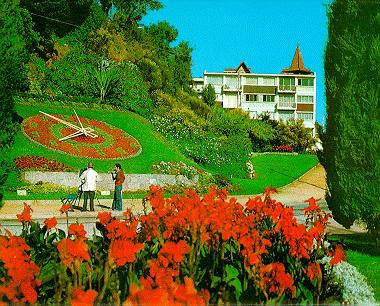 Upon arrival in Vina del Mar, our group almost immediately grew by one.  One canine, that is.  As we were walking through the streets towards the beach we couldn't help but notice the crowd of wild dogs surrounding the bus station.  It seems that the strays have been conditioned to know that tourists who will feed them are to be found at this location, so they huddle and wait for friends.  One such dog just started walking with us and didn't stop until we reached the beach, grabbed a patio full of chairs, and started drinking cervesas.  Seriously, he was with us til 4:00 pm.

The beach itself was crowded, but pleasant.  I think everybody in our group made it into the water at least once while we were there, but it wasn't without convincing.  The water is still Pacific cold even at the equator, and the waves crashed right on the shore, making body surfing a little more rough and tumble than most would like.

But the best part of the day was the conversations being had.  Being that this was the last official day of the trip, everyone was reminiscing about the places we'd been and their favorite workouts along the way.  As one might expect, the buddy carry up mount San Cristobal was among the most lauded--not surprising since it was also the most recent.  Many of the group were already talking about the next times they would see each other, and others were postulating about the next Anywherefit trip!!!  As a trip organizer, this made me feel great. 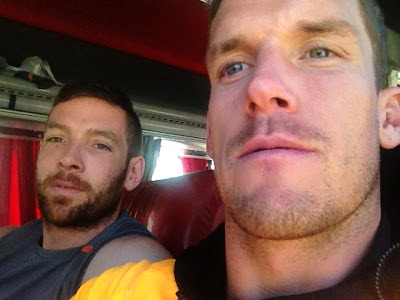 We stayed on the beach, eating food and drinking beer, until the sun started going down.  What an amazing and enjoyable end to an unforgettable 10 days.  As everyone loaded onto the bus to return to Santiago, there was talk of going out for a late dinner and more when we got back.  20 minutes into the ride that plan was thwarted, as not a single person remained conscious.  By the time I woke up we were nearly back and I was pretty severely hung over.  Looking around at the rest of the group, I could tell I wasn't the only one.  In any event, it was after midnight and most of us had flights to catch in the morning.  The day was enough of a sendoff as it stood.
Posted by anywherefit at 2:20 AM