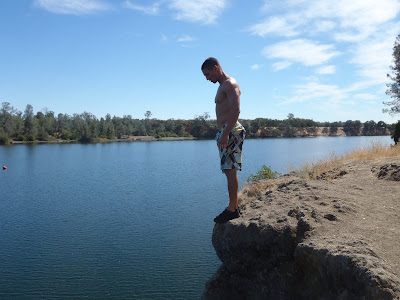 Everybody has it. Few reach it.

It’s easy to assume that people despise mediocrity because the world is littered with evidence of humanity’s desire to excel—our obsession with talent, our reverence for heroes, even our love of money. It’s easy to assume that everyone wants to be his or her physical best because everywhere there are those wishing for a better body type or a better lifestyle. They fill our virgin ears with a symphony of sincerity and aspiration, but listen closer. They clamor with empty voices.

The truth is that 90% of people just want to get by. We pretend our ultimate goal is to be the best version of ourselves, reading the right literature, quoting the right sources, joining the right gyms; but the reality is far less compelling. If we are truly honest we will admit that the level to which we might possibly rise is rarely our chief concern. More important is reaching the level where we can merely survive or, at the very least, mock survival. Getting there is much easier. Getting there requires less time, less pain, and less effort. Getting there is too often there enough.

I was speaking with my father the other day about a friend of ours whose son wanted to be a college football player. He had good size and natural talent, but he was a little slow and lacked the explosive quality most big programs look for in an athlete. One evening while having dinner with this family my dad suggested that the kid hang a bell at the top of the hill abutting their property and ring it every morning before going to school. Not only would sprinting up the hill begin to build the explosive power needed for speed and acceleration but the sound of the bell would become a symbol of his dedication to the goal. I wish I could say the kid went out and rang that bell every day, or committed himself to some other program in its place, but this isn’t that kind of story. He, like many others like him, chose instead to remain a card-carrying member of that mediocre 90%.

Why? Because greatness is HARD. Our bodies don’t care about potential. They were built to survive, not to excel, and survival has gotten pretty easy as of late. Our bodies don’t know that by being stronger and faster and leaner the likelihood of illness, disease, and injury drop dramatically. Our bodies only know that it hurts like hell getting there. It takes supreme physical and mental fortitude and an unflinching, genuine ambition to overcome these hurdles. Most of us lack this and it shows.

Now, maybe this kid would never have been great like Peyton Manning or Jerry Rice or Ray Lewis, just like some of us will always be at a higher risk for diabetes or arthritis than others, but that really isn’t the point. In this story his ability wasn’t being measured against theirs or any others, only against his own potential as an individual. He claimed that he wanted to be the best that he could be, to give himself the best chance to be a college football player. But when faced with the reality of what it would take to reach that goal he balked, exposing his ambitions as half-hearted and insincere, and his athletic future to be one ridden along the tired road to the middle. This is an all too common tragedy.

After hearing this story, I sat for a minute and observed my father. He was visibly disappointed by the kid’s inability to commit himself to his goal. Yet I knew for a fact that my dad had wanted to lose weight for years and failed to commit himself to doing so in much the same way. This struck me as a prevailing irony, not just in this conversation but in our culture in general, so I decided to ask him when was the last time he “rang the bell.” He was lost for a second, then smiled wryly as he got my meaning. “Too long,” he replied.

Sadly, it seems that our praise of greatness and our distaste for mediocrity is an appreciation and expectation reserved for others. We expect Jordan or Tiger or Ronaldo to reach their potential every time they compete and we shake our heads when they fall short. But we shrug off our love handles and that occasional chocolate cake as acceptable losses. We cry for the children growing up without physical opportunities, yet lie on the couch and amicably waste ours away. We claim we’re too old, too fat, too injured, or too tired. The truth is we’re too obsessed with getting by.

The good news is that physical potential does not expire. It has no shelf life. Whatever state you’re in at whatever moment, you can always be better. SO BE BETTER. Too often people try to do this by setting a number to hit, a person to beat, or a mirror to impress, implicitly attaching a finite quality to the process. This focus is flawed. As you change and improve, so too should your potential grow and your ambition swell. Remember that fitness is a goal inadvertently attained through the systematic overestimation of yourself in all fields. It’s a byproduct of setting the bar too high, of striving for perfection and falling just short. It’s knowing that you’ll never get there but trying your damndest nonetheless. It’s constantly pushing your limits in every direction regardless of your skill. It’s finding a way to keep ringing the bell.

Posted by anywherefit at 4:00 AM