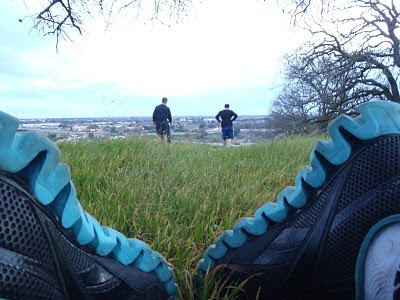 Today began and ended with a lot of promise, but in between there was ample frustration. I knew I was going to set a PR today on snatch (231# previous best). Just knew it. I felt strong and fast, I’d been getting better each week leading up to today, and I’d just watched a number of people do it on Saturday at the Throwdown. Things were primed. I made early attempts at 185, 205, and 225 without missing, then failed at 235 twice. Naturally I decided going up to 240# at this point was the right move. I proceeded to miss somewhere in the neighborhood of 10 attempts at this weight. Some were ugly, but most were painfully close to being right. I kept ignoring the impulse to stop and continued pressing on in futility. 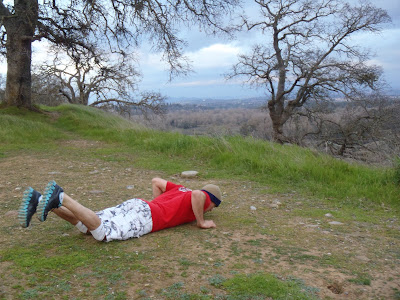 Finally, I took off the 2 1/2# plates and dropped the weight back to 235# and made the lift on my first attempt. Probably the most underwhelming PR I’ve ever had, but it’s still the most I’ve ever lifted and I should be happy. Somehow I just wasn’t. It was somewhat of an embarrassing spectacle I put on in a lot of ways. More than that it was just plain dumb. Keeping after a weight like that probably set me back more than the 4# PR is worth in sheer mental anguish. Hopefully I’m wrong there, but I guess time will tell. I felt strong enough to lift 250… that’s what made the whole thing so frustrating.

Heading out to the hill was the best thing for me afterwards. John, Tim, Greg, and I lined it up at the bottom and let things fly for 20 minutes. Guys were throwing up, passing out, and barely able to stand after the time expired, but damn if I didn’t feel redeemed. I managed 6 rounds minus the pushups--it was a major effort and my system was fried all the way through. Now I can go to this rest day with a clear conscience J.

Posted by anywherefit at 6:58 AM