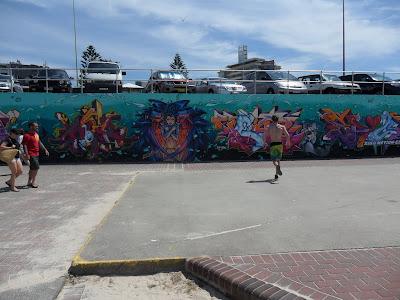 It doesn’t happen by accident.

This concept is important to grasp in a number of ways.

First, everything is a choice. Life is volitional, thus every bit of its foundation is also so. Every second, in every circumstance, you are making choices that will affect your life and your fitness. The genetic canvas is always the same—no series of choices, made or unmade, will alter that essence. But the physical particulars that you see, weigh, and measure are the result of a lifetime of definite choices. Framing things this way is both extremely empowering and a bit scary. It means that the physical you is not pre-determined, that you have a measure of control over the way you interact with the world around you and the way in which you’re going to age. It also means that you are ultimately responsible for the course your life takes, that you have the ability to fuck things up, and often will.

Second, every choice has value and they are all accumulating. The previous affects the present, the present will determine the future. Take a 50-year old man (call him individual A) that has adult onset diabetes, hypertension, and a history of joint problems. Not so uncommon these days. Rewind his life and remove every piece of candy, bread, and processed sugar he ever ate. Add nothing else, take nothing else away, and imagine the impact that would have on his current state of health. Though his genetic canvas remains identical, this minor alteration would have morphed individual A into an entirely different person, call him individual B. Individual B almost certainly has a few less lbs of bodyfat, easing the annual pounding on his joints that have caused them to become inflamed, arthritic, and full of scar tissue. Moving less laboriously, he’s inevitably stayed more active, keeping his heart stronger and the stress on his vascular system down. Individual B’s endocrine system is functioning FAR better than individual A’s, as his blood sugar has never been artificially spiked and ravaged by soda, snickers, and wonder bread. Quite probably this state is being passed on to his kids as well, because I guarantee they aren’t eating fruit loops and lucky charms for breakfast if daddy is cooking eggs and bacon. Individual B would now, also, be facing a far different set of choices than his diabetic, hypertensive counterpart. He moves with less pain, allowing him to spend less time on the couch and more time outdoors with his friends and kids. He is free to eat whatever and whenever he chooses, and is free of daily medication to protect his heart. The choice to not eat processed sugar has essentially created a new reality in this example, tipping a line of dominos that ultimately opens up a world of choices to individual B that individual A will never get to make.

Third, choices present themselves whether you’re ready for them or not. You can’t cherry pick your moments of righteousness. You have to be ready and willing to live a volitional life at all times. I can remember my high school football coach, in his own sarcastic brand of motivation, reminding us of this fact my junior year. We were practicing and getting tired, the whole lot starting to wilt under the Sacramento heat, when he yelled, “This is your last Tuesday of El Camino week, 1998. Don’t miss a rep!” This echoed around inside my helmet for a few seconds, bouncing off the walls of my brain, and I remember thinking he was just stating the obvious. “Clever turn of phrase, coach.” Then it hit me differently… he was 100% right. This was the last Tuesday of El Camino week, 1998. In fact, it was the only Tuesday of El Camino week, 1998 that there would ever be. Tomorrow it would be gone, next year would be different, and this day, this opportunity to do whatever it was that I wanted to do, would never return. Suddenly I was more motivated than I had ever been. I was flying around the field, out-working everybody, and the weariness I’d felt 2 minutes earlier was a distant memory.

When you’re tired, bored, or discouraged, it’s easy to slip into a routine that disconnects you from the importance of the present moment. Most navigate the majority of their daily tasks this way, without considering their importance or value, content to just get them done. This is not necessarily a dangerous state of being in itself—the ability to zone out can be almost meditative for the mind from time to time—but a consistent reliance upon it leads to the ignorance of the role choice plays in our lives and in our fitness. It’s as if we begin giving up the right to choose out of pure laziness. We become dependent on ease, slaves to routine, and, bit by bit, we lose the skills necessary to control our lives. Suddenly we wake up 20 lbs overweight, with an expired gym membership and a pantry full of boxed food, and realize we haven’t made a conscious choice in years.

Finally, it’s not necessarily the choice we make that’s important as much as the reason we make it. For example, the decision to eat cake because it’s your kid’s birthday party isn’t going to make a difference in your body’s ability to process sugar. Eating cake because you can’t control your craving for chocolate eventually will. Skipping a workout because your body is depleted isn’t going to keep you from hitting PRs. Skipping a workout because you're too lazy to get up in the morning eventually will.

In these examples, it’s not the actual choice made, but the underlying reason for making it that is the indicator of long-term health and fitness. Next to logic, knowledge is the most important tool a person has at his disposal when it comes to making decisions. We must root our motivation for training in reason and fact, build our goals and aspirations on foundations that won't sift away with mood, circumstance, or age, and be prepared to grow in those facets continually. Doing so will protect us from blurring the line between motivation and obsession when it comes to fitness. Growing obsessed with training, eating, or anything else is typically the result of a failure to tie our motivation to reason and instead relying on perception. Take the anorexic teenager, the muscularly dismorphic bodybuilder, or the constantly injured CrossFitter and you see the same internal demon eating away at them. They all make fitness choices based on a set of false pretenses. Whether it’s a distorted body image, a misguided sense of cause and effect, or simply the stress of wanting to be perfect, attempting to make choices without knowledge and perspective leads to failure. It becomes a constant frustration and doesn’t allow you to relax or acknowledge that which you do well. Making choices based on reason and knowledge prevents this.

Ultimately, taking control of your fitness is itself a choice, but it cannot be made without the understanding of that which is described above. Decisions must be made consciously, for the right reasons, and with the full knowledge that no choice is independent of the next. Every 6am workout you put yourself through does not supplant the last, but builds on it. That healthy dinner does not erase the bag of Doritos you ate, but moves you past it. Each choice is but a sliver of progress or regress, but see them all en mass and you have an enormous whole. Now, whether the choices made by individual A or those made by individual B have created a better life is an argument for a different blog. The point is that no choice either has made is insignificant. It all adds up. The fact that we have but a finite number of breaths to take makes every one of them important, so why slough a few off as inconsequential? The ability to make the right choices comes down to reason, experience, psychological maturity, and the understanding that fitness is an evolutionary process. These things take time, effort, and patience to develop into a solid practice. Approaching every session and every meal as a choice to be made or unmade is a good first step.