You’ve heard the phrase: life’s a marathon not a sprint.  While I like the idea of encouraging the long view, I think framing life this way can be misleading.  First, completing a marathon implies a set distance that you must travel, when in actuality we have no idea how long we will live.  Second, it necessitates picking a pace you can hold over the entire race, which, for most people, means slowing down when they really need to be speeding up.  Most importantly, a life lived at an unwavering, marathon-like pace sounds about as fun as having a root canal.  I’m not saying consistency is a bad thing, but we ought to think of life more like a walkabout, where our pace is determined by ability and preference, rather than necessity.  We sprint, jog, or walk at intervals determined by choice and circumstance.  This way the chief aim isn’t merely to finish the race intact, but to continue to race as long as we want to. 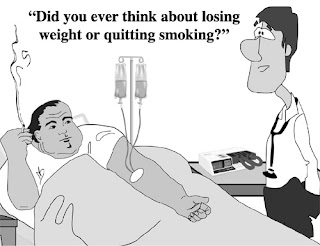 On its face, I find it hard to believe most would argue with this reasoning, but after observing common social behavior, I wonder how fully it is grasped.  Some people walk around avoiding everything remotely injurious, carrying Purel in their purses and always taking elevators.  Others are jumping off of satellites and doing double back flips on motorcycles.  Still others appear indifferent one way or the other, apparently unconscious of their own physical existence.  So, why the disparity?  If everyone wants to continuing living as long and enjoyably as possible, why the disconnect in their choices of action?

It dawned on me that there must be a fundamental difference in the way people think about their bodies, and that it’s this difference that underlies the discrepancy we see in the way people approach longevity.  After some thought I came up with 5 typologies that I think represent the majority of society.  While everyone is most likely a blend rather than a pure breed, defining them each apart from one another is a logical place to start. 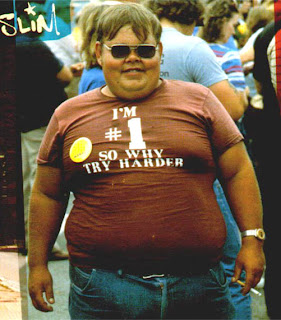 These people are habitually self-destructive.  A constant source of stress, anxiety, and irritation, their body is the most negative aspect of their existence.  They think of it as burden to be born, punishing themselves with a million daily pricks of the pin, from the food they eat, to the clothes they wear, to the attitudes they adopt.  Often times they hide their pain through outward indifference:  eating, smoking, and drinking more than ever in an effort to ignore the issue of long-term health.  Other times inroads are made but quickly re-routed by another destructive habit—it’s as though they can’t get out of their own way.
Interestingly, this typology tends to attract the help and encouragement of those around them more than any other subsection (apparently, we like to ration our energy according to those who need it rather than who are asking for it).  Pin cushions are seen as charity cases or hard luck projects when most are self-made, and contentedly so.  Therefore, support is often perceived as pity, is rudely dispatched, and serves only to drive the pins further in.  After years of this pattern, these individuals become an emotional suck on those who care about them, causing withdrawal and weariness that further perpetuates their anxiety.  It usually takes a serious health scare or medical diagnosis to break this cycle, but often times it is already too late. 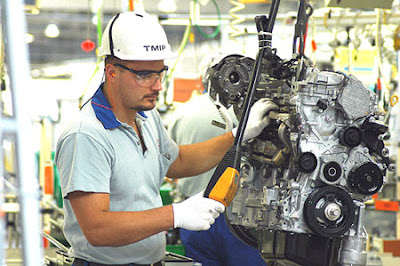 This is the category most people fall into.  Machinists think of their bodies as machinery, existing to move them from place to place, carry them up stairs, jump them off cliffs, or lay them to bed.  Food is fuel, sleep is a tune up, working out is maintenance.  They’re not overly concerned with the way they look, only whether or not they can perform their daily duties and enjoy themselves on the occasional weekend retreat.  While this philosophy is extremely functional and pragmatic and a large step up from the pin cushion, it takes no real ownership over the process of fitness. These people work just hard enough to keep the machine running but not hard enough to see it excel.  And if a part goes bad—eh, that’s the cost of doing business.  The problem is: you can’t turn this machine in for a newer model like you can a car or a lawn mower.  As they age and things stop working, these individuals fall into disrepair and don’t do what’s necessary to salvage what remains of their life.  Instead, they shrug their shoulders and assume their machine just wasn’t built as well as somebody else’s.  It’s an outlook that is only as long term as genetics will allow. 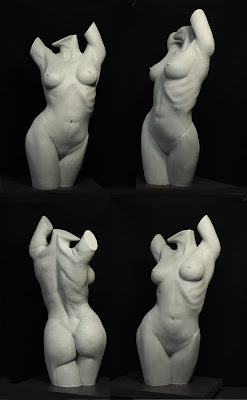 This is the category that considers their bodies to be an end goal, something akin to a piece of art or a classic car.  Their goal is to shape and craft it in such a way that they can admire and be proud of the result.  This ideology has its merits, creating for people a project to work on day after day, keeping them motivated and, unlike the machinists, personally invested in the process.  The problem is the artist often forgets that his masterpiece must also be functional.  He’ll spend years building his arms, back, and chest to look good in a shirt, but then get out of breath chasing his kids around the yard.  Or she’ll spend hours on the ellyptical every day to tone her legs, but have to ask for help to pick up a box of dishes.  These are neglectful tendencies that limit our fitness later in life.

Furthermore, the idea that fitness can be an end goal is flawed because we are constantly evolving and changing.  It is literally impossible for our bodies to ever “arrive” at our aesthetic goal.  We may pass through it on occasion
(figure show, wedding day), but those types of moments are only maintained in photographs.  Real life never pauses.  The reality is that your piece of art will rarely, if ever, live up to your expectations, and you’ll never be able to hang it on the wall.  So, what then?  How does one stay motivated to work towards a goal they will never achieve, when things like age, weather, and bad lighting are factors that will forever be out of their control?  Hitching your conception of fitness to something so fluid is doomed to fail.

This is the subsection that thinks of their bodies like a bank account or a retirement fund.  With every hour invested at the gym they are ensuring a profitable return.  In the short term, it’s easy to see the value in this outlook.  As you dedicate more and more time to improving yourself, you will see greater increases in strength, endurance, and skill.  Your body becomes more adept at handling challenges of all sorts and your confidence grows in all areas from the process.  Unfortunately, the body does not respond to investment the way a 401k does in the long term.  It more closely follows the law of diminishing marginal returns.  As the individual approaches his genetic potential, the massive gains seen early give way to slower and more incremental ones.  Additionally, the body accumulates wear and tear that limits its ability to train at the level it once did, frustrating the investment type further.  Still, he refuses to accept this drop in return and redoubles his efforts, training harder and longer than ever.  All the while he is accruing stress on his joints and connective tissues that lead to tendonitis in the best cases, to arthritis and joint replacement in the worst.  These are setbacks that the investor struggles to deal with because he is, again, hyper conscious of using every possible opportunity to invest, improve, and return.  Eventually he risks becoming either too injured to continue or so burned out he gives up.

Finally, there’s the mariner.  This is the category that likens their body to a ship, their life to the sea, and training to a storm.  Every session they sail through teaches them more about how best to survive the next.  They reinforce the bow, adjust the sails, and become more efficient in how they tack.  Invariably they become better sailors for having endured such trials, but they recognize there are repairs to be made as well.  Lines have frayed or snapped, provisions were flung overboard, and their crew is battered thin.  They understand that heading into another storm is perilous until the ship is mended, even if they know the ocean better than ever.  Their goal is to protect the ship that protects them, and always have it ready to sail. 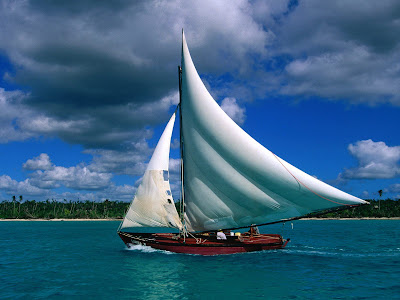 This person is like the machinist in the sense that he knows his body’s primary function is utility, but he takes greater care and ownership of it than his counterpart ever would.  There is a bond and commitment to his vessel akin to that of the artist, but without the need for perfection or the ignorance of functionality.  Finally, he invests time and energy into improving his craft, much like the investor, but he knows from experience what the body is and isn’t capable of.  He won’t risk his long-term capability for any short-term return.

Without a doubt, the Mariner is in the best position to ensure his fitness for a lifetime.  He is neither abusive nor delicate, obsessive nor flippant.  He understands the need to work hard but reserves the right to rest when necessary.  When I look at those I respect most in the fitness community, this is what I see.

The frustrating thing is that I’ve also seen flashes of it in those I know to be pin cushions, artists, and machinists.  I’ve had investor types question me about recovery and long-term goal setting one day, then go hit triple WODs in spite of knee pain the next.  I guess this means the potential for a better definition exists in all of us, but it takes time and work to turn the corner.  This reality, again, encourages the long view of fitness.  We aren't capable of changing our physical appearance overnight--we shouldn't expect to alter our psychology immediately either.  Understanding our current definitions and why we hold them is the first step, but only one step.  We have to reinforce this knowledge with action, day after day after day, until our new approach to fitness has become so ingrained that it re-defines our idea of what our bodies exist to provide.
Posted by anywherefit at 9:26 PM