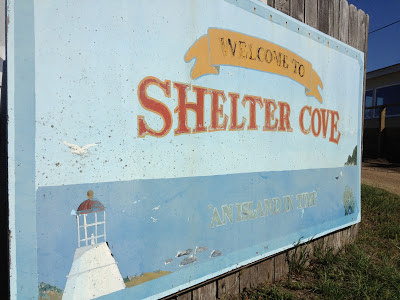 It's been 2 years, but I finally made it back to Shelter Cove.  I had many fond memories of the Lost Coast from 2011 and I'm happy to report that not much has changed.  Part of the allure of places like this is that they rarely change.  The same jagged cliffs, the same salty locals, the same wind beaten coastline.  There is an appeal in timelessness, especially when comparing the present to a memory.  I like it when I return to the scene of a great memory and find it unperturbed.


During this trip I managed to knock out a few cool workouts, one on the 4th of July and the other a few days later.  They went as follows: 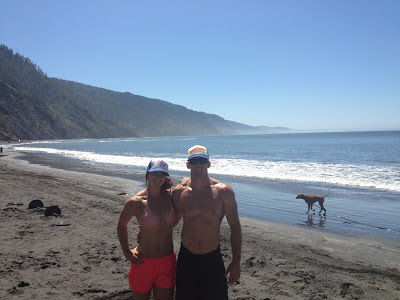 Lugging equipment to remote locations is usually a pain in the ass, but because Shelter Cove allows trucks on the beach it wasn't much of a hassle on the 4th.  Clint, Jenn, and I pulled the barbels out early and turned a few heads while we started warming up.  Doing hang snatches in the sand is VERY difficult when the weight gets heavy.  I've never really felt how important it is to push through the ground as when I started trying to move heavy weight and my feet began sinking into the sand.  Because of this I was only able to get up to 205# for my top lift.  I will say that the absence of traction allowed you to dive under the bar faster than usual, so the sand seems to be a good training modality for speed. 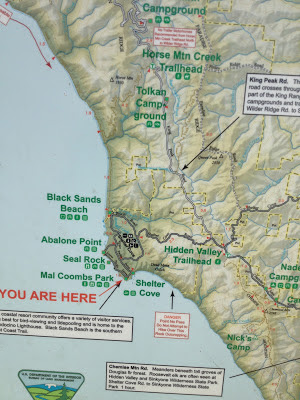 The complex following the snatches was awesome.  Running along the water, snapping the bar up out of the sand... it was everything I love about training outside with and indoor implement (the bar) thrown in.  I didn't get a time on the workout but I felt strong.  If I had to guess I'd say 6 to 7 minutes.

On our way out of town we snuck down to Black Sand Beach with a sandbag and burned through the above workout before cramming into the car.  Black Sand is known for its deep, pebbly sand and it's empty shores.  Every time I've been there I'm left in awe of its beauty.  Now I will have another memory to go with that: horrible, horrible sandbag squat jumps.  These sucked the life out of me.  Not a commonly used exercise because of the heavy impact on the lower joints, sandbag squat jumps in sand were absolutely murderous.  You quickly learn the technique of sliding into the deep sand as you land to minimize the impact, but there's no way to avoid the pain in your legs.  Top notch training, go give it a shot.

I've included some video clips of what went on so those of you out there who've never made it to the Lost Coast will have a better idea of what you're missing.  Enjoy.

Posted by anywherefit at 5:45 AM