Workout of the Day 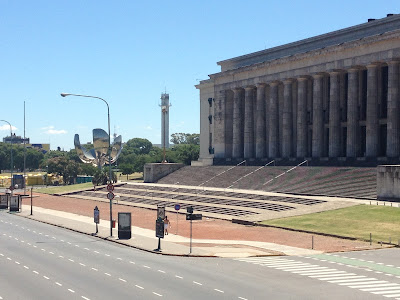 After what can only be described as a flight nightmare, I finally arrived in Buenos Aires on Friday and met up with the group.  Originally planning to arrive Wednesday on standby, a broken plane, overbooked flights, and a northeastern storm made this the earliest possible arrival.  Thankfully, nobody  else had any issues getting here and by the time I had myself organized at the hotel everyone was ready to roll.

The weather is HOT.  It's averaging around 95 degrees Fahrenheit and it's humid to boot.  Needless to say people down here are in a constant state of sweat in the summer.  But coming from the northern hemisphere winter, the sun is a welcome sight.

Our hotel is situated in the Palermo district of the city, characterized by lower buildings and tall trees.  It reminds me of New York's lower east side a little because there are so many places to eat, drink, or listen to music.  The city itself is very densely populated and gives off the smell of such a place.  It's dirty, crowded, but also beautiful and extremely green.  We chose one of our areas many parks as the location for the first WOD of the trip, "Laredo." 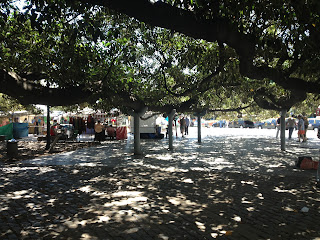 Because it's a hero WOD with only bodyweight exercises, this was a perfect way to knock the rust off everyone who'd be sitting on planes for the last 10-15 hours.  We walked as a group for about 10 blocks until we arrived at the Bosque del Palermo, and due to the heat were pretty warmed up upon arrival.  A little preparatory movement and a quick overview of the workout and we were on our way.

Right away it was clear that I had underestimated the effect the heat would have on everyone during this workout.  We were able to find shade for the bodyweight movements, but there was no shelter during the run.  Every interval I could feel my brain getting hotter and hotter as I returned to the shade.  We capped the time at 30 minutes simply because we didn't want anyone overheating, but it was plenty of work by that time.  Some of the faster times were me in 19:00, matt in just over 20:00 and Erik right behind him.

Something I noticed right off the bat on this trip was that there were fewer strangers than normal.  Many of these people have been on Anywherefit before, some even with each other.  That make camaraderie and cohesiveness so much easier.  I expect that will bond will grow stronger as it usually does, but having it right away is a nice bonus.
Posted by anywherefit at 10:24 PM