The only scheduled event for the day besides our workout was an afternoon wine tasting trip to the Maipu region just outside Mendoza.  Since the last day was such a long drive, we decided to give everyone a late wakeup call and not get started training until after 10:00 am.  After a brief conversation with the hotel attendant, Sven and I learned that there were a few options for gyms in walking distance of the hotel, but no crossfit boxes.  For that matter, there didn’t seem to be any concrete options for heavy lifting.  We decided to check out the place that was closest to us first, both because of the proximity and the fact that it was housed in a sports complex.  Turned out to be a good call.

The sports complex housed tennis and soccer clubs, including a pretty sick looking set of stadium stairs that a few of our group took advantage of after the workout.  Underneath the stadium we found the gym: a small cement room with treadmills, free weights, and front desk guy who was willing to work with me.  After a little haggling I got him to agree to let the 20 of us train for the day, take the weights outside in the sun, and lend us a soccer ball for a little game.  Without a doubt, this man gets the award for coolest and most accommodating Argentine of the trip. 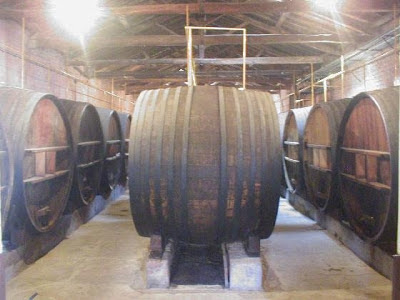 In all, we had access to 5 barbells and plenty of weight.  No Olympic bumper plates so dropping was out of the question, but that wasn’t a problem for most in our group.  The nature of the complex kind of forced us to be conservative with the loads.  The best part of this WOD was the location.  We set the bars up adjacent to the stadium stairs right beneath an enormous crest celebrating the soccer club.  The sun was blazing and the sky was bluer than blue.  The more experienced lifters kept circulating to give tips and coaching to those who needed it, making this day one of the most teachable of the trip.

Upon concluding the lifting we separated into teams of 4 and played some soccer on the mini field nearby.  It was astro turf and right by the street so we did our best to control the competitive impulses, but you could see how easily taken away people get in the current of the game.  Man was this fun.  People were screaming and cheering like they were back at the Bocca Juniors game and really playing hard.  It was a great example of how the best plans are sometimes the ones made on the fly.  Nothing that happened at this complex was pre-determined, all happened spontaneously. 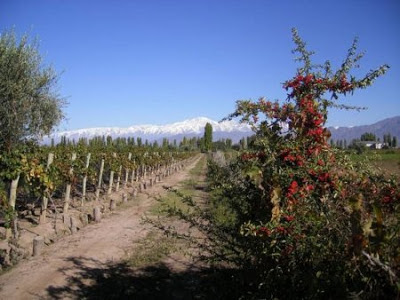 We grabbed a quick lunch then reconvened at the hotel before getting picked up to go wine tasting.  The first winery we stopped at was extremely commercial, and the most well-known and oldest winery in the region.  It was housed in town on a huge property of vats, museums, and machinery.  To be honest, this was a cool insight into the business of wine making but not the most beautiful example of it.  The second place we stopped could not have been more different.  A family winery that only produces bottles for sale locally, this place was out in the country amongst the vineyards and much more in keeping with my idea of traditional wine culture.  We were led through the different rooms and cellars where the grapes are pressed, sifted, filtered, strained, fermented, and aged.  The care taken during this process is impressive to say the least.  These people are extremely meticulous, patient, and, more than anything, in love with their craft.  The lot of us bought bottles before leaving.

We wrapped up the day cooking for ourselves in the backyard pool/barbeque setup at the hotel.  Easily the most enjoyable meal of the trip thus far.  Ryan, Sunny, Erik, and Ben teamed up to grill the meat and vegetables while the rest of us sipped beer and wine and rehashed the day.  Even the Bocca match doesn’t measure up to this day for me.  Such a complete and fulfilling experience to get to train, play, and learn so much in such a sort span.  Tomorrow we head through the Andes toward Santiago, the part of the trip I’ve been looking forward to more than anything.  Going to be a great run!
Posted by anywherefit at 11:43 PM