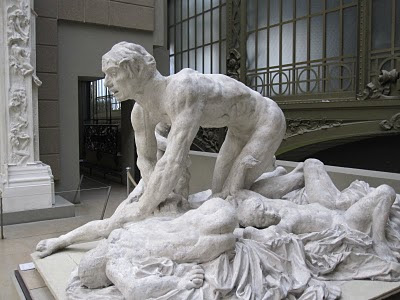 It is recognizable not just in an individual’s stature or beauty, but in his/her attitude and behavior as well. Take the person who gets winded on the walk from his house to his car or has to brace himself every time he sits down on the couch. He does not lead a confident life, I promise you. He will avoid activities that expose his physical limitations and withdraw from interaction with people who engage in them. Psychologically he is stunted because his mentality is always governed by what he cannot do.

Instead, observe the individual who actively trains and reaches physical goals. He is buttressed by a history of overcoming obstacles, a past filled with things he once could not do but now can. This person is far more willing to take risks. He entertains ideas that push his limits and remains open to experiences a fearful person may never have considered possible.

This type of confidence infects people. The first time someone does Fran, they walk a little taller. When they PR their deadlift by 20 lbs, they’re made of steel all week. If they’ve just run 5 kilometers faster than they ever have, meeting a deadline for a worrisome client isn’t so insurmountable. Everything gets easier when you believe in yourself, and that’s what fitness does. It re-shapes your identity into one of confidence and self-belief.

This can easily be observed in people who go from being de-conditioned to physically active. If you’ve ever had a relative or friend that has lost a lot of weight, you’ll know what I mean. They suddenly become more outgoing, more fun, and more self-assured. They dress different, walk different, and, really, are different. It’s like they’ve become a new person. But such transformations have very little to do with gravity’s reduced strain on a person’s bones. Rather, they are the result of tangible physical successes and the psychological reinforcement such successes solicit from the outside world. Clothes fitting different, less fatigue during the course of the day, more attention from co-workers… These things add up quickly and contribute to the shaping of a new, confident identity.

Now, I’m not claiming this is foolproof, or that by simply running a few miles each day every person will suddenly feel invincible. I wish it were that easy. But even doing just that is a step in the right direction. Taking control of your body gives you a foothold with which to tackle the rest, and believe me, the process is accelerative. I had a client who looked at me crooked when I told her she would have to lie down and get up 10 times in a row. Now she’s writing me emails about doing burpees and double unders on a city street corner because she was waiting for a tow truck and needed to get a workout in. My mother has gone from walking the treadmill for 45 minutes 2 days a week to doing kettlebell progressions and overhead squats without difficulty. The conversations we have now are just as often about what new ways she can challenge herself in the gym as they are about anything else.

And such stories are the rule, not the exception!!! Really, this is a very logical progression. When people see themselves succeed they feel good. Naturally they want more. Slowly, they grow less inhibited and more daring in pursuit of this success. As they push their limits farther and farther they are able to accomplish more and more, thus, inevitably, they become more successful. Because this train of improvement is so rewarding, it re-molds their self image from one of limitation and self-doubt into one of confidence and potential. This, to varying degrees, colors their new identity with curiosity and determination, powerful drugs in combination.

Knowing this progression to work as it does, I find it incredibly painful, almost nauseating, when I hear people say, "I'm not a gym person... it's not in my DNA... I'm not that disciplined... I'm too busy..." Really? It's not in your DNA to move properly or to feel good about yourself? Too busy to grab hold of one thing in your life so that you'll become better at all the rest? I'd hate to be so presumptuous as to conclude that you are not the only person in the world dealing with such problems. NEWSFLASH: No one is naturally a "gym person." No one is inherently disciplined. Some have simply been conditioned to become so because they have seen success and decided they want more. Get on board and find a foothold.

A positive self-image is one of the most powerful effects of training, yet it is far too often misunderstood as a cause. Effort, motivation, and dedication are all learned capacities we pick up through the course of our lives in response to positive or negative outcomes. This means that everyone's past is necessarily different and has shaped their identity to this point in a decidedly unique way. This is unavoidable, but too many use it as a justification to fail, to continue to see themselves as unfit, obese, or physically unable. It's as if God had given them low self-esteem and massive insecurity and its their duty to accept it. No identity is etched in stone. No one is fundamentally anything except what they do.

Posted by anywherefit at 7:47 AM