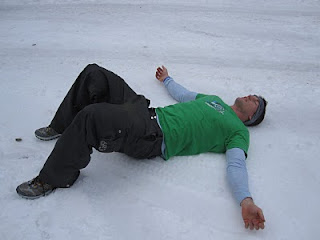 “They say that there’s nothing but circular motion in the inanimate universe around us, but the straight line is the badge of man, the straight line of a geometrical abstraction that makes roads, rails and bridges, the straight line that cuts the curving aimlessness of nature by a purposeful motion from a start to an end.” –Anonymous

Training without purpose, in my opinion, is like feeding coal to an engine that will never leave the stockyards. Sessions cannot be strings of circles dropping like zeroes behind us. They have to be straight lines of motion towards a goal, each day leading to the next and to a single growing sum. Without purpose, fitness is an endless spiral of repetition and pseudo accomplishment for which we have no measure.

A little while back my friends at EvolveYourFitness posted a discussion on their page regarding the advantages/disadvantages of different types of motivation when it comes to exercise. The consensus was that external support, though convenient and effective, could not match intrinsic motivation in either power or longevity. Eventually, you have to push your limit for your own reasons. This speaks to the importance of having a purpose beyond the WOD to which you can anchor your training.

Just before the end of the post, I was struck by a rhetorical question posed by one of the editors, something he would ask himself during a session when he felt like throwing in the towel: why am I here? It jumped out at me for its simplicity. It’s a question that gets lost amidst the confusing blend of programming, effort, and competition that fuel typical workouts, but it is fundamental to knowing one’s purpose in the gym.

Interestingly, the answer changed depending on the day, my mood, the difficulty of the routine, or any number of variables. Often, “I’m here for my health, personal strength, and longevity” was enough to keep me going. Sometimes, it was “To see what I’m capable of.” Other times, “the 2010 Games” was the only thing that struck the right chord.

While my answers to this question varied based on circumstance, there are some consistencies that should be noted. First, purpose is necessary to effort. What if I was in the middle of a grueling workout and asked the question, “Why am I here?” but had no answer… Most likely, I’d either call it a day or slink through the rest of the workout without passion or intent. Knowing what drives us inspires our effort and is therefore fundamental to success. It’s the psychological Teflon that keeps us from cracking under the inevitable pressure of failure and pain.

Second, purpose doesn’t have to be singular. People are complicated and tend to have multiple goals. Rather than becoming paralyzed by the task of choosing one amongst many, pursue them all. What you lose in focus, you’ll make up in enthusiasm. Eventually, the less important goals will sift themselves out, leaving just that which is vital.

In all of this, it’s important to remember that goals will vary from person to person, so don’t look to adopt another’s purpose or expect others to adopt yours. It’s unlikely that my mother would derive much satisfaction from adopting the training frequency and intensity of an Olympic sprinter, or that an undersized adolescent would see much benefit from following the exercise and nutrition program designed for post-op hip rehabilitation. People who advocate too strongly for one method of training have typically fallen prey to the passionate blindness of their own success. But what drives one forward may hold others back. Be certain that your fitness suits your purpose.

Ultimately, it’s irrelevant what form or style a program takes. It only matters that I am aware of why I need to test my limits and that I go on testing them. Everywhere. Anywhere.