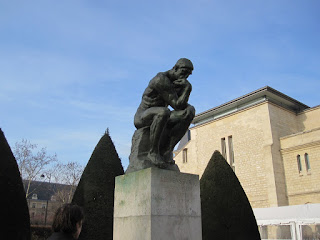 If you only do one, you will negate the impact of the other.

Typically people find they prefer one type of training to the other. Someone will either love testing themselves and continuously be inventing new types of tests to know their ceiling in strength, endurance, or speed; or they will love the process of building their capabilities in one, or all, realms and constantly be reinforcing the ground floor.

I tend to fall into the first category. I chronically create programs that test my body’s top end performance (i.e. 1RMs, max work capacity/time [chippers, AMRAPs]). While these types of programs do invariably build on each other and have the capacity to increase maximum strength and efficient muscle recovery, they are not the most effective way to do so and will eventually hit a plateau. Predominantly, max effort testing is most beneficial in training your central nervous system to accept heavy stress and to efficiently respond by maximal activation of its moto-neurons. In my experience, it does not “build” muscle strength; it will not “build” muscle recovery, at least not in the body’s most efficient possible manner. “Building” in these areas is more effectively managed through 3-5 repetition strength work and high intensity interval routines (Tabatas, time progression ladders). People who constantly test themselves at maximum levels are essentially like architects adding floors to a skyscraper without reinforcing the foundation. The physical dimensions of their base will always limit the height to which they can rise.

Without pursuing the engineering metaphor too far, the second group is like the architect who constructs an indestructible base but gets squeamish and leaves the upper floors on the drawing board. If one always trains in the 5-rep range, his nervous system will not know how to cope with the type of stress that accompanies a very heavy weight. If a person only does Tabata intervals, his body won’t know how to cope with a situation where the intervals come irregularly or, worse, where there is no interval.

In addition, this type of training can limit an individual psychologically. How many times have you seen someone on the bench press rip out 3 repetitions at a certain weight, then fail to get 1 at plus 10 lbs? All the mathematical tables in the world can calculate that, based on your 3-rep attempt, you should be able to make the lift with ease. But, in reality, you still have to press the weight, and it's crushing you mentally.

This issue crystallized for me recently, as I continued to reflect on the back squat PR I notched a few weeks ago. My squat had been about the same every time I tested it for the past couple of years, but that’s all I had been doing: testing it. If I squatted during a workout, it would either be air squats, a light load incorporated into metabolic conditioning, or max effort testing. That's it. Upon reflection of why a 420 lb lift was suddenly easily within my grasp at the same bodyweight, I first thought that maybe some mystical combination of improved core stability and my new diet had produced a radical realignment of my molecules (These factors surely had some impact, but I hesitate to offer an exaggerated estimate). Then it dawned on me that during my Olympic lifting sessions with Hank at L.K.V. we had been consistently supplementing our Clean and Jerk/Snatch work with 3-5 repetition front and back squats. I had completely forgotten about this 800 lb gorilla in my programming room, mentally lumping it in with “Olympic work.” In about 3 months, I had increased my 1RM back squat by 20 lbs, conservatively, and the biggest reason for it was my unconscious re-dedication to a “building” paradigm.

In further proof of the reciprocal effects of combining these training styles, Hank saw similar results from the opposite side. Until he and I started training together, he shied away from testing his max lifts, instead preferring to stay in the more technical 3-rep range on snatch and C&J. As a result of the more frequent “testing” we did at my urging, he had lifted his heaviest weights in 10 years by the time I left Leiden.

What does this mean, and what do I expect going forward? Broadly, it means I intend to more diligently incorporate "building" into my training sessions starting immediately. Specifically, it means I am going to adjust rep ranges and add supplemental strength exercises to the end of sessions (like the good mornings earlier this week), and to replace a few of my test-heavy metcons with more structured high intensity intervals. This is not something that I’ve completely neglected to this point, so I’m not expecting ridiculous PR’s across the board like the squat. I've done interval training, and I do lift in near maximal rep ranges; just not often enough to make much of a dent. What I do expect is more weakness-targeted training sessions and, as a result, significant increases in strength and recovery in those areas.

I’m still going to test myself a lot. That, with my natural proclivities, is inevitable. But by fusing supplemental exercises and building programs within, and in addition to the testing style workouts, I fully expect my ceiling to rise beyond what it has ever been. I'd encourage anyone else to evaluate their testing/building ratio and try to bring it into better balance as well. You might get surprised.