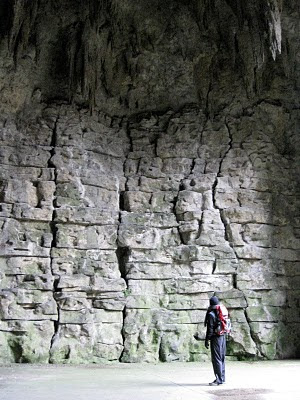 This took place at the Parc des Buttes Chaumont in Northeast Paris. As I may have described before in an earlier post, it’s one of the prettiest parks I’ve ever been to. It is also full of hills, stairs, bridges, and paths with which one can get very creative.

After the heavy strength emphasis of yesterday’s workouts, today had to be an endurance effort. 30 minutes of constant motion with just more than bodyweight definitely fit the bill. The 50 meter hill I used for the crawling was steep, much steeper than the video makes it seem. Heading uphill: not too much of a challenge. Mostly felt it in my ass and hamstrings (deadlifts yesterday certainly a factor). Heading downhill, however, was much more difficult. Because of the degree of slope, hand placement was touchy. I had to find knobs of grass that I could balance my weight on as I reached forward for the next handhold, otherwise my palms would just slip from under me and the crawl would turn more into a slide. The end result was that the downhill crawling was slow going, and exhausting. Especially in my stomach and hips, even more so than a downstairs crawl.

Coming off the hill and going straight into the run was not particularly fun. The first 60 meters or so was flat, but then the path turned up a steep set of stairs that wound its way past the park’s waterfall and up on to the upper crest of the bluff. This measured approximately 200 meters of distance and 100 feet of elevation. Once on top, there was another 60 meters or so of flat ground as I crossed the neo-Roman single arch bridge the park is famous for, then another 80 meters of slope to the top shelf where the temple sits overlooking the city.

Each set felt equally bad, though it was taking me progressively longer to complete them. I was able to finish 4 full rounds, plus a 5th set of the bear crawl circuit in 30 minutes. If I was a true warrior, I would have done the 5th run just for the hell of it. Maybe next time. Beth got some great footage that I’m hoping to edit together tomorrow. The place itself is so beautiful, even my amateur skills shouldn’t be able to ruin it.

Rest day tomorrow, then “Pullups across the Pond” with Frank Passanante from Steelfit on Monday. He’s set the bar high, so it’s my challenge to measure up.